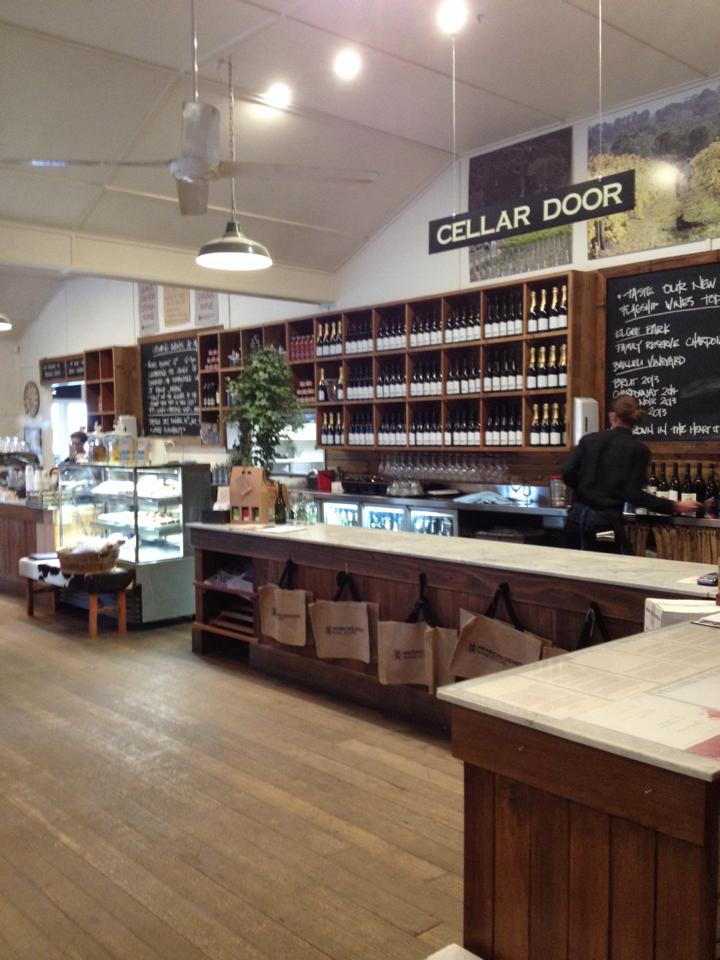 A little while back now, Elle and I contemplated an overdue holiday. We considered the merits of re- living some of our European jaunts. “Let`s go to Croatia via London,” I shouted. “Awesome,” responded Elle with the gusto of a sleep deprived mum. As the months rolled on and sleep seemed a distant memory, these intrepid travellers revised our travel plans. “Ruby is a crap sleeper, wouldn`t you agree Elle?” blurted out yours truly with the enthusiasm of Laurie Daley following the recent State of Origin Series. Elle replied “how about Singapore?” “Yeah, that could be something…” I murmured.

Fast forward to `The Mornington Peninsula Project’. Some months back, I was sitting on the lounge watching My Kitchen Rules. I entered `breweries in Mornington Peninsula` into google and low and behold, up popped Red Hill Brewery. (I was recalling some conversations I`d had with some folks who talked favourably about this Southern terroir). The price of the accommodation was a little on the hefty side but `screw it` I thought as I`d just saved around $10K not visiting London and Croatia. Around $400 a night gets you a 3 bed apartment attached to a brewery + a wood fire which can`t be all together horrible.

I`ve arrived baby!!!! And tomorrow I plan on getting amongst the Pinot Noir that Mornington is apparently synomnous with. My research (James Halliday) informs me that you have to pay for wine in these parts. The entry level stuff is about $25 a bottle and work your way up to $100 +. Ok! If you`re a wine aficionado you may not balk at these prices but as a modestly paid primary teacher / wine quaffer, you`d have to say the prices are a little on the hefty side.

Day 1 and el vino did flow. I took myself up to Prancing Horse Estate while Elle tended the nest. (Ruby was asleep). I’d pre-arranged my visit and was greeted by what I would describe as one of the more knowledgeable wine people I’ve encountered. The lovely Denise was warm and welcoming and treated me to four Chardonnays, beginning with a 2013, then a 2012, 2011 and lastly, the 2007. James Halliday wrote “amongst the best in Australia…outstanding winery. Wines of exemplary quality and typicity”. Mr Halliday puts out a book each year with this sort of stuff in it so it must be right. You won`t find wikipeadia quotes on my blog…(please don`t look too closely!). I did enjoy all four Chardonnays. I went with the modestly priced 2013 for $30. `The Pony` is a tasty drop. A nice citrus finish provides this wine with good length. I moved on to enjoy three Pinot Noirs and a 2009 Nebbiolo which was the other wine I purchased. Denise suggested lamb as a good food match and I agree. Looking forward to cooking some lamb shoulder when I get back to Canberra with some nice garlic, rosemary and mint. I don`t think the bottle will survive for long in my fridge.

Well, the baton has just been past and it`s now my time to tend the nest ‘as Big momma` aka Elle embarks on her wine experience. Not sure where she`s headed but this chick knows her stuff. I`ll resume this dribble when she returns.

(Elle chimes in here) Freedom! Where to go, what to do?? Ruby is sleeping, Scott is on parental duty so the Mornington Wine Region is mine to conquer. I optimistically created a shortlist of wineries before we left Canberra but that has now been reduced to whatever is closest. Nah, I’m trying to stick to the plan and I chose Crittenden Estate because of their focus on tutored tastings and as a wine nerd, this is right up my alley. Walking into a winery as a solo traveller is a bit intimidating although I find you get special attention as the cellar door staff tend to think you’re a savvy drinker – which of course I am! Crittenden has over 20 wines to taste and so offer a series of flights which allow you to taste 5-6 wines. I choose their flight of most popular wines which sparked my attention because of the Txakoli – a Spanish tipple I haven’t seen in Australia before but very popular in Northern Spain. However, drinking Txakoli within the confines of a winery rather than in the streets of San Sebastian is a somewhat sobering experience (pun intended!). It’s drinkable but not something I would buy. I try the 2013 Vermention and the 2013 Fume Blanc, both nice wines but leave me a bit flat. Mornington Peninsula is a cool climate area like Canberra so I expect a bit more acidity and spiciness – these wines are a bit fat and flabby, the Fume Blanc promises big flavours on the nose but fails to deliver on the palate. I move onto the reds which include Pinot Noir, Sangiovese and Tempranillo. I’m often disappointed with Pinot as it’s a hard variety to do well as they can often be dominated by sour cherries and taste rather thin where as a good Pinot for me is incredibly savoury, vegetal and complex. A good friend and wine legend in London always reminded us `a good Pinot should smell like shit`. Unfortunately Crittenden’s Pinot is on the thin side – so drinkable but not buyable! The Sangiovese is forgettable. The Tempranillo is ok, fuller body than the other two but I think Canberra does it better. The guys at the cellar door make it their mission to find something I like and present me with a blend Grenache, Mataro and Tempranillo called Los Hermanos Homenaje. It’s pretty good compared to the others, not outstanding but will do for the steak I plan to cook tonight so the deal is done and I meander back to the cottage to Scott and Ruby.

Day 2 – I`m off to Montalto Vineyard (it`s Scott back again). This was the one and only vineyard I visited today. Located on the same road as the brewery I`m staying at, nice easy drive! The weather has been wet these last couple of days and this morning is no exception. I arrived bang on opening time and the cellar was already pumping. I was again greeted in a friendly manner and handed the list of wines on offer. The first thing that struck me here was price. A fair bit cheaper than most other wineries I’d encountered in these parts. I’m no wine snob either so I kept an open mind. I started with a Pinot Grigio, not bad but didn’t blow what’s left of my hair back. Sav Blanc was a pleasant surprise. Passionfruit and some lychees on the nose but not that lingering predictable aromas you get with several NZ SBs. I skipped the Rose and enjoyed two Chardonnays. One was their entry level Chardonnay which was ok and then I was given their estate grown Chardonnay. Really nice but not $60 nice in my opinion. For that sort of scratch I’d venture to San Fran or Margaret River possibly.

Moving through the reds at a cracking pace, I settled on a nice little Tempranillo. I won’t be hanging on to this guy. I don’t think he will last the holiday. For around $30 I think this is a decent acquisition. On my way to the car I had a sniff around the restaurant. Welcoming staff showed me a menu and I left with the idea of returning for lunch either of the next couple of days. Quiet morning on the wine front but it wasn’t lunch time at that stage so thought I’d better steady on. Arrived home, Ruby sleeping, past the baton to Elle and she shot out the drive like Lewis Hamilton on steroids.

Tuesday morning and it was my last opportunity to visit a local winery and the lucky last on my list was Paringa Estate. Once again, I was hugely impressed by the ambience of the winery. The vines looked as though they had been well managed. They looked uniform. Paringa was established in the mid 1980s with a total of just over four hectares on their home property. Overall though, the entire vineyard has over 20 hectares under vine-comprising of Pinot Noir, Chardonnay, Shiraz and Pinot Gris. After tasting the range (except for their Paringa series, the higher end stuff). I enjoyed the Peninsula Pinot Noir 2013. For $27, a decent Pinot. I don`t often buy Pinot Gris but I really enjoyed the Estate Pinot Gris 2013 and for $20, I think this represents good value for money. Bags of fruit and some good length. It`s not a secret of winemakers but I do like the fact that these guys disclose their Ph levels and acidity. They also provide `brix ˚` which is a measure of the ratio of dissolved sugar to water. Eg: a 20˚ bx = 20grams of sucrose sugar / 100g of liquid. I don’t give a toss but transparency in this business does score you points. I`m not a winemaker but I have consumed my body weight in wine many times over so my opinion counts.

On our way home, we stop in Beechworth for the night and I head to the Bridge Road Brewery to tidy up this blog. I power down a ‘Bling India Pale Ale` just before closing time before retiring to the open fire in the front pub. Elle is relaxing back at our rented apartment while my beautiful little daughter sleeps. It’s been a great trip and I feel blessed!